In match play competitions, matches which end all square will be played off hole by hole until one side wins a hole. If lack of daylight prevents a match being played to a conclusion, players are required to arrange ASAP a date to complete the tie re-starting where the original match stopped. The play off will start at the 1st hole and strokes given or received are as in the original round.

Entry to all medal competitions can be made up to 11 days in advance via the online booking system, in person at the Golf Shop or by telephone to the Golf Shop.

Entry to Saturday competitions will be to a 30 minute time slot and a draw will be made for tee times.

Entries should normally be made no later than 12 noon on the Thursday but, in exceptional circumstances, members may enter the draw for a Saturday competition via the Golf Shop no later than 9am on the Saturday. Players wishing to play after 2pm may book a tee time and enter the competition on the day.

Members who have booked and subsequently cannot make their tee time, must advise the Golf Shop of their cancellation at least 30 minutes prior to their actual tee time. Members who fail to cancel will on the first occasion be written to noting the failure to show without cancellation. Subsequent occasions will results in sanctions being applied by the Committee – a 1 competition ban increasing to a 3 competition ban for further occasions unless mitigating circumstances can be presented.

When a player pays their entry fee on the day of a club medal competition they are deemed to have entered the competition and must return a score. If the player subsequently fails to tee off or fails to complete their round due to illness/injury or any other factor except abandonment of the competition, a no return must be submitted. Players who are not on the tee for their tee time will not be permitted to play.

The maximum period of suspension will be 1 hour, after which if play is still not possible the competition will be abandoned.

Resumption of play will be 2 BLASTS of the siren, repeated.
On resumption of play, the player should resume play from where the ball was marked or from the next tee if the hole had been completed.
If the player decides not to continue after play has resumed, then a no return must be submitted and a handicap increase will be applied.

In normal circumstances the decision to suspend or abandon play will be taken by the Green staff, Club Manager or a member of the Committee. In the event that none of the above is present at the club when the course becomes unplayable, the players (minimum 4) from 2 tee times on the course at that time can between them agree that the course is unplayable because of flooded greens / lightning and that play should be suspended. If the course remains unplayable after 1 hour they can agree that play is abandoned. In these circumstances all the players should sign a declaration to that effect and place it in the scorecard box. Players should be aware of the impact of abandonment (see below) and this decision should only be taken if absolutely necessary.

All cards must be signed by the player and marker, score entered on the touchscreen in the clubhouse, and card placed in the scorecard box. Failure to sign the card or deposit it in the box willresult in disqualification.

Details of entry fees for all club competitions are posted on the notice board in the clubhouse and on the app when entering competitions.

In all competitions, players may win only one prize. Where a player has more than one potential prize winning score they will receive the highest prize with Scratch taking precedence over Handicap. In Summer and Winter Leagues, where prizes are awarded for Scratch, Handicap and Eclectic scores, the highest prize is awarded with Scratch taking precedence before Handicap and then Eclectic. All club competition prizes will be paid onto your club card – members may request an SGU voucher for sums in excess of £50 or may use winnings towards annual membership fees.

Players who are members of more than one club must nominate which club holds their handicap. For information on obtaining a handicap please speak to the Club Manager or Match Secretary.

Every player is personally responsible for knowing what their correct handicap is and for applying that handicap to their competition scores.

Although the new Central Database of Handicaps should ensure that scores from competitions played at courses away from your home course are returned automatically, it is every player’s responsibility to check that their handicap is correctly adjusted if they have played at another course.

Details of the Central Database for Handicaps are available in the clubhouse and every player should know their lifetime CDH number, which will be required when playing competitions at other courses and has to be given to another club in the event of a player moving clubs.

Members who have difficulty playing in official competitions are allowed to submit General Play Scores in order to maintain their handicap – these require registration to play on the IG app or touchscreen before play, entry of score via the app or touchscreen, and return of a signed scorecard to the box.

The draw for the match play stages will be seeded and all players must be available to play in all rounds.

Match play rounds will be over 18 holes (36 holes in the final) and extra holes to be played until a decision is reached.

Awarded to the leading qualifier in the Club Championship provided he plays in the match play.

All other rules are as per the Club Championship and maximum course handicap for match play ties is 28.

Current handicap applies to all rounds.

Best scratch aggregate from 72 hole stroke play competition. Entry is open to members who are under the age of 22 on the date of the last round of the competition.

Match play to be decided over 18 holes with current course handicaps on date of match applying up to a maximum of 28. In the event of a tie, extra holes to be played with strokes taken as in first 18 holes.

Awarded to the player with the lowest scratch aggregate score over the Spring, Summer and Autumn Meetings.

Awarded to the player with the lowest nett aggregate score (based on current handicaps at the date of each competition) over the Spring, Summer and Autumn Meetings.

Played in 2 sections - handicap index limits 12.0 and 28.0. 18 holes stroke play with best nett score winning medal in each section. Unless doubled up with another competition, all monthly medals/extra medals will be played in stableford format.

Restricted to members who are aged 50 years and over on the date of the competition. 18 hole stroke-play and best nett score. Maximum handicap index 28.0.

Select own partner and each player receives 90% of playing handicap with strokes taken according to the Stroke Index. 18 hole stroke-play with best nett score at each hole recorded. Best nett score.

Entry fee as per notice board

Entry fee as per notice board

Entry is via the sheets posted on the notice board and, where applicable, select partner and enter both names on entry sheet. Entry fee must be paid before closing date or name/names will not be entered in the draw. In the event of a tied match after 18 holes, extra holes will be played, with strokes taken as in first 18 holes, until a decision is reached. In all match play competitions the challenger/s is the top name/s on the draw sheet. All ties must be played on or before the date shown on the draw sheet for each round. The challenger/s should give their opponent/s the option of 3 dates, at least one of which must be a Saturday or Sunday (all 3 dates must not fall within the same 7 day period). If the opponent/s cannot play on any of the 3 dates offered then, unless a mutually suitable alternative is arranged, the tie will be awarded to the challenger/s. If the tie is not completed by the due date and these rules have not been complied with, or an extension granted, the challenger will be eliminated. Extensions can only be granted by the Match Secretary (Club Manager in the absence of the Match Secretary) and any requests will be decided on the individual circumstances. Normally extensions will NOT be granted unless BOTH players are in agreement and can show that failure to play by the due date has been due to circumstances out with their control eg course closure, illness on the date tie had been arranged for, unexpected work/family emergency etc, and an extension will only be granted if the tie can be played within a maximum of 6 days after the due date. Results of ties must be entered on the draw sheet and can also be entered via the IG App – if this is not done by the due date, then it will be assumed that the tie has not been played and the challenger will be eliminated.

Match play open to all members with handicap index of 28.0 or less but maximum Course Handicap of 28 applies in each tie.

Match play restricted to members with a handicap index of 12.1 or more and who have not previously won this trophy. Full current course handicap up to maximum of 28 applies in each tie.

2 ball match play with ½ combined course handicaps applying. Partners drive at alternate holes and thereafter play alternate shots. In the event of a second tee shot being required as per rules of golf, the playing partner will play from the same tee as original tee shot.

Match play restricted to members with a handicap index of 12.0 or less. Full current course handicap applies in each tie subject to a maximum of 12.

Mixed Foursome match play with ½ combined course handicaps applying. Partners will drive from their medal tee on alternate holes – Gents on odd numbered holes, Ladies on even – and thereafter play alternate strokes. In the event of a second tee shot being required as per rules of golf, the playing partner will play from the same tee as original tee shot.

Four-ball match play. Competitor with lowest handicap to concede strokes to the other 3 players based on 90% difference between the full course handicaps.

Any member wishing to raise a dispute regarding a Competition or Matchplay Tie should speak/write in the first instance to the Match Secretary. If the dispute is not resolved to the member’s satisfaction, they should submit written details of their concern to the Club Captain to enable the issue to be considered by the Committee. 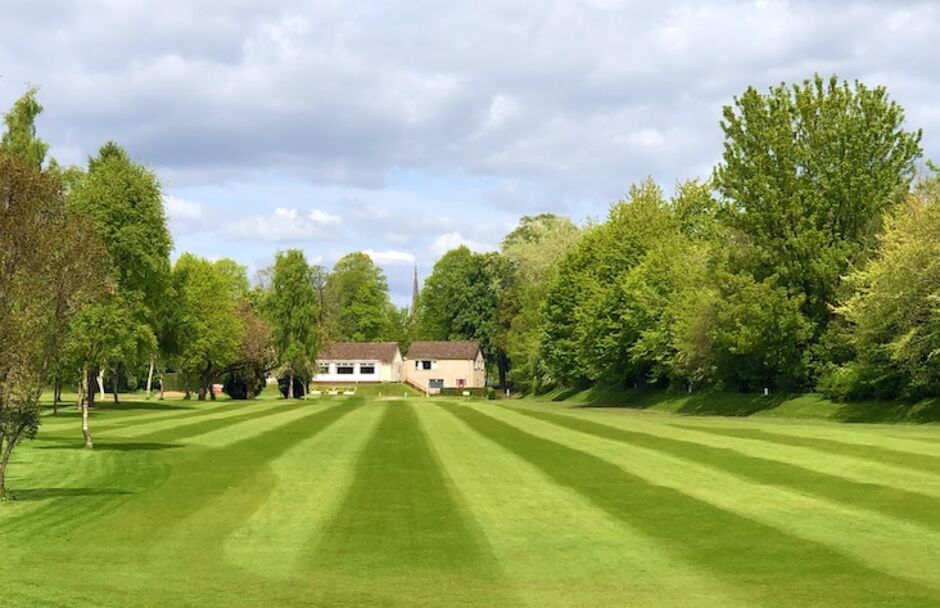 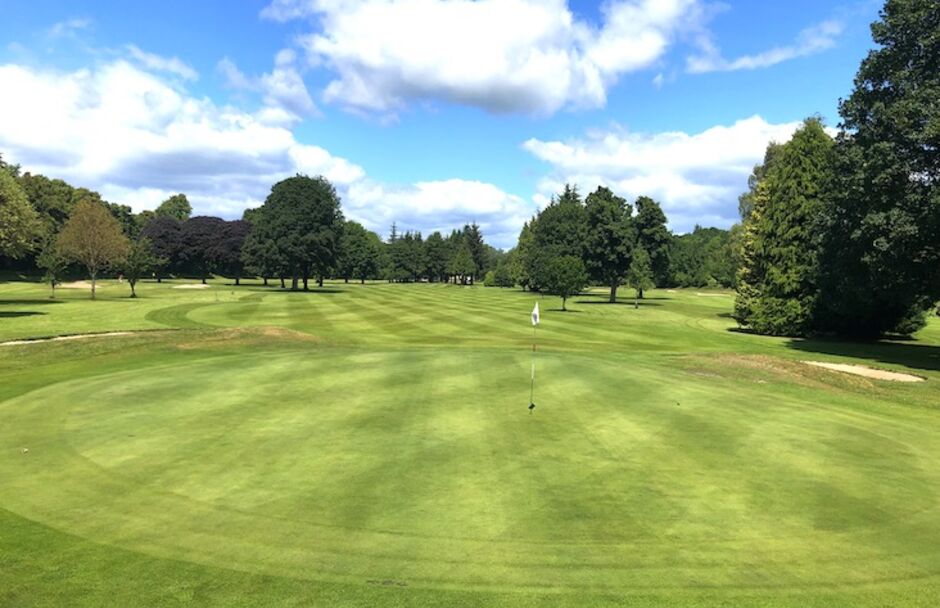 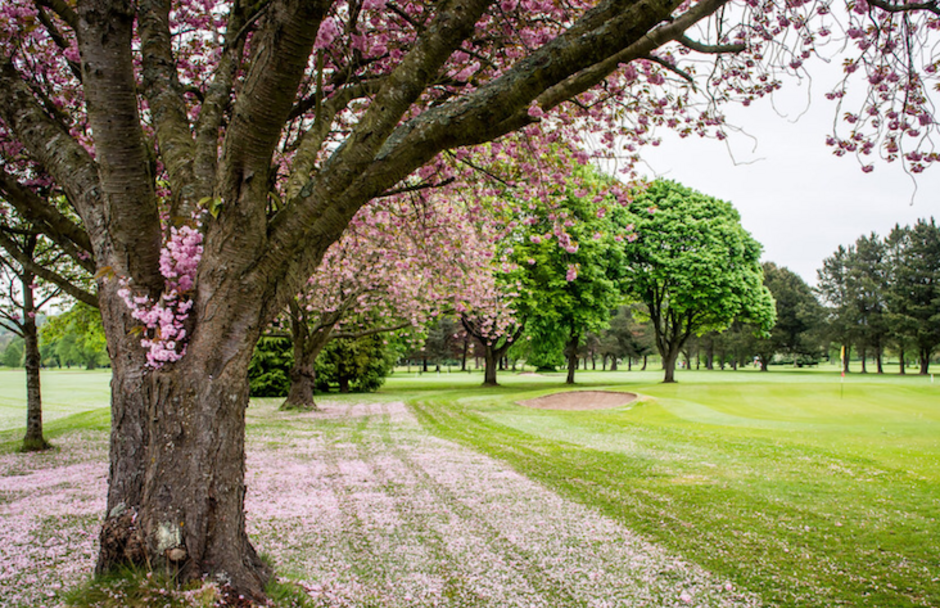 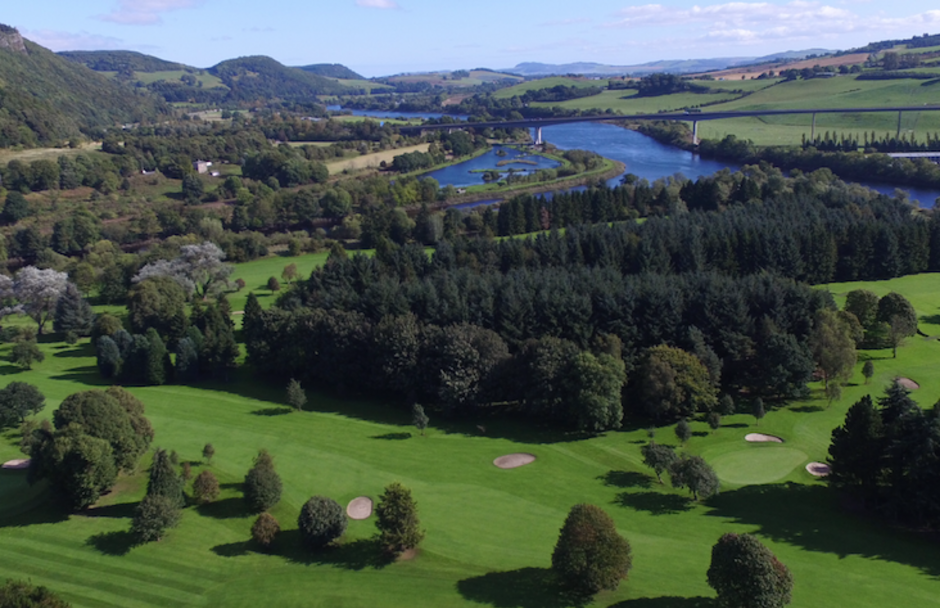 Fill in the form below and we will contact you back.